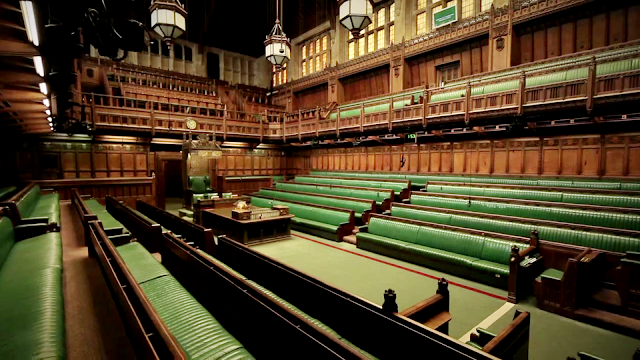 I first came across Jess Phillips in 2015, shortly after she was elected to parliament. Corbyn had just made it onto the ballot and his leadership campaign was gathering momentum as many Labour members - for decades starved of representation in the Parliamentary Labour Party - quickly warmed to an MP who finally dared speak out against austerity and rapacious capitalism. Newsnight were in need of some anti-Corbyn Labour figures to dampen the mood and in Phillips they had found the perfect voice. Asked whether she thought her constituents could relate to Corbyn's politics she retorted "no! Not normal people!" That summer Phillips abstained on the Tory welfare bill, leading to cuts to Employment and Support allowance, cuts to housing benefit for young people, cuts to child tax credits and the abolishment of legally binding child poverty targets.

Not that this dented her Everywoman (the title of her debut book) credentials. Championed by her adoring fans in the liberal press, the theme of Phillips standing up for normal people whilst Corbyn spoke only to middle-class liberal elite champagne socialists and pesky students persisted over the next five years. One way she stood up for normal people was to use her platform to talk about reality TV shows, like Gogglebox. On one occasion she starred alongside Jacob Rees-Mogg in their own political version of the show. On another occasion she tweeted "Honestly Gogglebox is the best!..it honestly sums up the funniest things families say."

Another method was to paint a portrait of herself as an average working class woman who couldn't relate to the culture at Westminster she was suddenly thrust into as an MP. "I thought I'd met posh people before I came here but I'd actually just met people who eat olives," she told parliament in her Birmingham accent. Less well publicised was the fact that Phillips' mother was the deputy Chief Executive of the NHS Confederation. There is, of course, nothing wrong with that. Except that it does rather dent her carefully cultivated image of an authentic representative of working class Britain with – unlike Corbyn – first-hand experience of normal people’s concerns.

The one thing Jess Phillips rarely did in these five years was talk about policy, almost never pronouncing in any depth on the big political issues of the day - like Brexit. After all, as she told Owen Jones in 2017, "People talk to me more about Gogglebox than Brexit". What were Phillips’ ideas? What did Phillips think about state intervention in the economy, British foreign policy, the Green New Deal? To put it charitably, she remained, intellectually, an enigma. Instead her opposition to Corbyn's leadership consisted in attacking him (at every opportunity) on more personal grounds. Corbyn was guilty of "misogyny" for not appointing enough women to senior positions (50% of Corbyn’s cabinet was comprised of female members). Worse still, Corbyn was a poor communicator: "It's about communication. I think maybe he needs to work on that!"

She, meanwhile, communicated like normal people. Often this involved swearing in public at people she didn't like. "This is fucking personal!" she screamed at Corbyn’s Chief of Communications, Seamus Milne, during a dispute in the House of Commons canteen, surrounded by journalists. She told Britain's first black MP, Diane Abbott, to "fuck off!" during another public row over alleged lack of female representation in Corbyn's cabinet. Did she regret using abusive language? "People said to me they had always wanted to say that to her [Abbott], and I don't know why they don't as the opportunity presents itself every other minute," she later explained. A report by Amnesty International found that Diane Abbott faces the most online abuse of any MP in the House of Commons. This is Phillips’ version of speaking truth to power.

The damage that internal attacks like these and the divisions they sewed did to Labour’s electoral chances is incalculable. Yet it seems that Phillips, who backed herself to replace Corbyn as leader, has begun to realise the top job might not be as easy as it had previously appeared from the outside. Following a woeful performance at the first leadership hustings in Liverpool at the weekend – during which she was finally asked about where she stood on policies - Phillips penned an atrocious article in the Guardian in which she used the word 'I' 13 times in the first (short) paragraph. She went on to write "“The hustings was awful. I was awful because I was trying to hit a million different lines and messages in 40 seconds...and it fell flat. To answer any question in 40 seconds is ridiculous. If it were possible to sum up, for example, an economic plan or an industrial strategy in 40 seconds, one wonders why they are actually hundreds of pages long. What a ridiculous farce.”

Under normal circumstances a piece lamenting the limits of political communication in an era of soundbites might have some merit. Sadly for Phillips - having spent years lambasting her leadership whilst never acknowledging any of the restrictions she suddenly realises pose a problem to getting her own message across - it rings hollow.

And so yesterday, just two weeks into the campaign, Phillips announced she would quit the leadership race altogether. In a very short space of time, under the lightest imaginable scrutiny, she has been exposed, brutally, for her political shortcomings. Beneath the brave everywoman veneer lies a modestly talented bully who treats public life like a reality TV show.

With the climate crisis, record levels of inequality, Boris Johnson and other problems requiring serious brain power to resolve, her superficial brand of faux-authenticity and divisive abuse is the very last thing the Labour party, Britain and the world needs.
Comment

Tracey Hurst said…
An excellent post which I'm totally in agreement with. You have been possibly a little kinder with your words than many would have been on reflection of all the damage that might have been caused by this long term undermining of her leadership, however, this really does give a good version of her political illiteracy. I'd feel more hopeful for Labour if she were to leave politics behind. Then the work to make real changes can begin with those that deserve to be there and who are well educated in the world of politics, not gogglebox.
22 January 2020 at 14:49