Showing posts from July, 2015
Show All

Is devolution a good deal for Manchester's NHS? 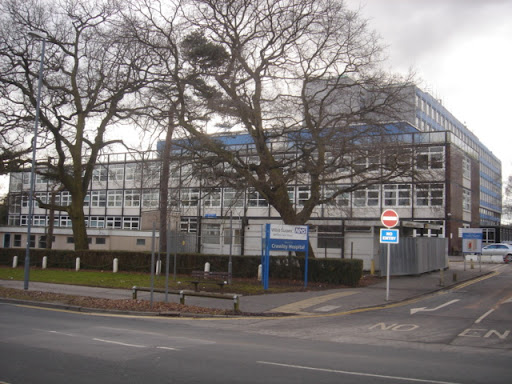 When the government announced in February that Greater Manchester would become the first English region to be handed full control of its £6bn health budget from April 2016, the news was presented by Westminster as a triumph for democracy. Chancellor George Osborne called the move an “exciting development” that would "give people in Manchester control over their own affairs."

But not everyone agrees, with critics arguing that devolution could prove chaotic and lamenting that the public were never consulted about the plans. On Thursday four expert panelists joined Guardian members at Manchester Central Librar…
Post a Comment
Read more 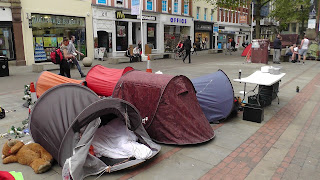 (Originally published by Equal Times) Translations: French | Spanish
Evicted from their protest camp outside Manchester’s town hall, homeless residents have dug in their heels from street to street. They are facing off with a city government thatslashed homeless funding by £2million (US$3 million)this year despite a six-fold increase in the number of people sleeping rough since 2010.
Across England that number hasincreased 55 per centsince Conservative Prime Minister David Cameron was first elected that year. The latestofficial figuresalso show the number of households in temporary accommodation hasreached 65,000– the highest figure since the financial crisis of 2008.
“Why can’t we have a key to the front door, a key to our homes?” says Paddy Riley, one of the camp’s most vocal members. “We’re put down as nobodies but everybody is a somebody in the eyes of God.”
Jen Wu, an artist and activist has been spending time with the camp for six weeks and has chronicled her experiences on her…
Post a Comment
Read more
More posts