Showing posts from February, 2015
Show All

Guardian live: To frack or not to frack? 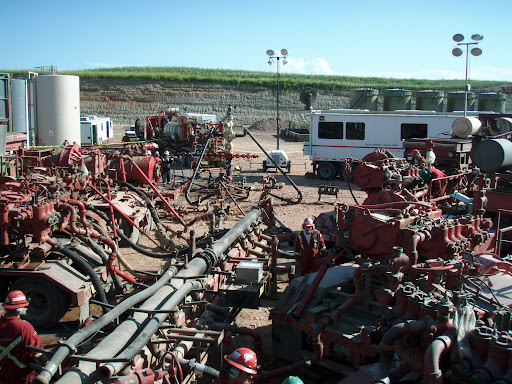 (Originally published by the Guardian)
Despite warnings from across the political spectrum that fracking will harm efforts to tackle climate change, an obstinate David Cameron insisted last year that his government was ‘going all out for shale.’ But this week, just days after the Scottish government declared a moratorium, came the news that gas extraction is set to be banned from 40% of British shale areas, dealing a heavy blow to the fracking industry.
This set the backdrop for a lively discussion on the merits and dangers of fracking, chaired by the Guardian’s head of environment, Damian Carrington, in front of an audience at Manchester’s Friends Meeting House. Green Party leader, Natalie Bennett and Tony Bosworth, national energy campaigner for Friends of the Earth, debated the case for a total ban on UK fracking with Michael Bradshaw, professor of global energy at Warwick Business School and Nick Riley, director of Carboniferous.
It didn’t take long for global warming to become one …
Post a Comment
Read more

British antisemitism: A look at the facts

February 09, 2015
In recent months nearly every national mainstream media outlet has run reports concerning mounting antisemitism within the UK. Following the massacres in Gaza over the summer many of these reports warn that anew strain of antisemitismis on the rise, with leading public figures joining forces to condemn those responsible for increasingly frequent verbal and physical attacks on British Jews.

In September David Cameron and Michael Gove both reacted to the news publicly. “Today, across Europe, there has been a revival of antisemitism which the enormity of the Holocaust sho…
Post a Comment
Read more
More posts