Reviewing the law of joint enterprise 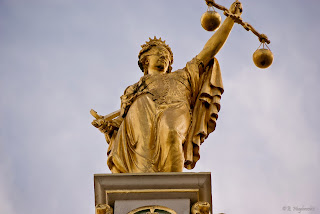 Gloria Morrison had never heard of joint enterprise when her son’s best friend, Kenneth Alexander, was arrested following the murder of Michael Campbell in 2005. “I knew he hadn’t committed a murder…so I thought he was going to be fined. I didn’t actually attend court,” she says. Yet weeks later, to the disbelief of all who knew him, Kenneth was sentenced to life in prison.

How was it, Morrison wondered, that a 19-year-old man could be found guilty of murder despite everyone at the trial accepting he had not physically harmed anyone? After approaching his lawyers for answers a clearer picture began to emerge.

Alexander was convicted under joint enterprise, a doctrine of common law used to convict entire groups of the same crime. If several people set out to commit a crime together, such as a robbery, and in the course of that crime someone is murdered, the entire group can be convicted of murder regardless of who dealt the fatal blow. All that needs to be proven is that the individuals present foresaw that the murder might occur.

Alexander, a social worker, had been out in West London when a confrontation between his friends and another group of youths turned violent. Though he was not directly involved in the fight the prosecution’s case against him rested on phone calls he had made to friends who subsequently arrived at the scene and fatally stabbed the victim. Alexander knew that his friends carried knives and it was argued he could have foreseen that their presence might lead to Campbell’s death.

Morrison was shocked, not only that Alexander had been convicted of murder with so little evidence tying him to the crime, but that there was so little public knowledge that such a law existed. “If you googled ‘joint enterprise’ when Ken went away you would get nothing,” she says, “no one knew anything about this doctrine or this area of law.

But cases like Alexander’s are far from rare. According to research from the Bureau of Investigative Journalism 17% of murder prosecutions in England and Wales use the doctrine of joint enterprise to secure convictions. Morrison soon found there were hundreds of others like her, campaigning against the murder convictions of family members and friends.

Among them was Janet Cunliffe, the mother of Jordan Cunliffe who was convicted of murdering father of three, Gary Newlove, in 2008. Like Alexander, Cunliffe had been out with friends when a confrontation between Newlove and the group turned violent. The judge accepted that Cunliffe, who was 15 and registered blind, was not involved in the violence. But the prosecution argued that his proximity to the crime scene constituted sufficient grounds for a murder conviction under joint enterprise since he must have foreseen his friends might kill Newlove.

Janet Cunliffe and Morrison did everything they could to campaign against the convictions but initially their cries fell largely on deaf ears. Then, in 2009, Alexander took part in an episode of BBC Panorama covering joint enterprise. Shortly after the film aired the CEO of a multinational company approached Morrison expressing an interest in supporting an appeal against his conviction. Morrison couldn’t believe her luck but having spent years campaigning against joint enterprise she knew the problem was much bigger than one individual case.

“I said: ‘we need a campaign, I’ve met too many Kens and mothers of Kens and families that have just been destroyed by it.’ He said ‘OK, we’ll design you a logo, we’ll design a website and business cards, I want to make a film and I’ll give you £10,000.’ I phoned Janet immediately and said ‘you’re not going to believe what’s just happened.’”

Shortly afterwards Joint Enterprise Not Guilty by Association (JENGBA) was launched. Four years later, both Alexander and Cunliffe remain in prison, but Morrison can scarcely believe the impact the campaign has had in raising awareness of issues which are now at the centre of a political debate over one of the most controversial legal doctrines of modern times.

In September Morrison and Cunliffe represented JENGBA at the House of Commons, testifying in front of a Justice Select Committee follow up inquiry into joint enterprise. Also testifying were several legal experts including Dr Matthew Dyson from the University of Cambridge’s Faculty of Law, who has conducted extensive research into joint enterprise and shares many of Morrison’s concerns.

“We’re convicting people of very often a serious crime and punishing them despite the fact that there doesn’t seem to be enough culpability or responsibility for that crime,” he says.“…to be a principal to murder you actually have to end another person’s life, doing so intending to commit serious bodily harm or intending to kill. But to be a secondary party to it you need to do nothing much at all.”

The main problem with joint enterprise, Dyson contends, is that that the accessory only has to foresee the risk of the second crime taking place - rather than desire it to happen or even believe it will happen – in order to be convicted of murder. He proposes amending the law so that a murder conviction requires proof that the accessory either believed the murder would happen, or intended it to.

“Historically our law was that secondary participation required you to know the essential elements of the principal’s crime. ‘Know’ was taken to mean know, intend or believe. Over time, how we defined how far the court thought a criminal venture was going to go shifted and we ended up deciding it was whatever the individual foresaw as possible,” he explains. “If you said that secondary participation always requires an intention or a belief that the principal will commit the crime, that would solve the problem.”

This may seem like common sense but strong forces stand in the way of such an amendment being made. Following an initial Justice Select Committee inquiry on joint enterprise in 2012, the then Director of Public Prosecutions (DPP), Keir Starmer, issued guidelines on when to use the doctrine in a prosecution. However, these guidelines did not address the fundamental issues raised by Dyson and JENGBA and in the final hearing of the follow up inquiry last month, the current DPP, Alison Saunders, said she did not think the law needed changing.

“From the cases I have seen and from the assurances I have received, I am satisfied that we are applying the doctrine correctly and that these cases are being properly brought before the courts,” Saunders told MPs. “The guidelines help prosecutors in their decision-making and should improve consistency as well…”

Furthermore, Mike Penning MP, the minister for policing, criminal justice and policing said he saw no reason to change the law, telling the Committee: “I’ve not seen anything yet that would make me change the government’s position on this.”

The Committee is expected to publish a report on joint enterprise before Christmas, but opinions differ as to whether any positive change is likely to come from it in the near future. Dyson isn’t optimistic.

“I’m not particularly hopeful that the law will change because I don’t see a government keen to do so…The Crown Prosecution Service’s response to the last Select Committee report was ‘we don’t need to change anything’,” he says.

Simon Natas, a solicitor specialising in human rights law says that regardless of the Committee’s report JENGBA’s tireless work in raising awareness of joint enterprise and engaging the media has ensured that the issue is now on the political agenda.

“When I first met JENGBA nobody had heard of them and I don’t think that they could possibly have hoped to get the amount of exposure that they got. I don’t think they could have hoped for the Justice Select Committee to take the issue on, to take it seriously,” he says. “The political momentum is there and I think it’s very important to ensure that momentum is maintained on the back of what the Justice Select Committee says.”

Morrison agrees and along with other members of her campaign group remains convinced that their efforts will not be in vain.

“The law will be abolished - It’s not fit for purpose,” she asserts. “I’m not saying that everyone is innocent but the law has been abused to get convictions and we have to address those miscarriages of justice. It’s not right that children as young as 13 are going to prison for life for the actions of somebody else.”

Cath, UK said…
Something has got to happen to stop innocent people being imprisoned - thank you Mischa for highlighting the injustice in this great article.
13 November 2014 at 02:03