(Originally published by the Independent) 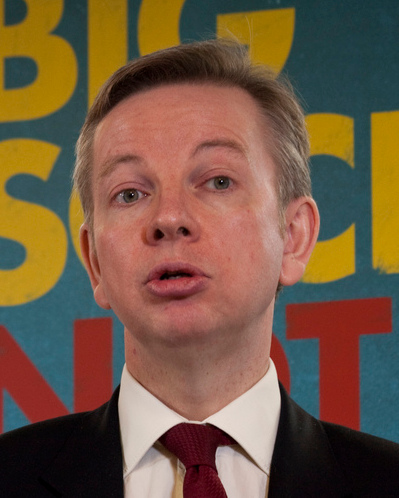 As a rule of thumb the least enlightened views on education tend to be expressed by people who thoroughly enjoyed their experience at school. Those who excelled in a traditional classroom environment are often unable to relate to those who didn’t (the majority). They typically ascribe the failure of their peers to bad teaching, individual laziness or the absence of an abstract concept like “rigour” or “creativity”.

It is a curious and unfortunate fact that whilst those who thrive academically are in a small minority of the population, it is their voice which invariably comes to dominate the entire discourse on how we should educate our children. Those on the right, like Michael Gove, argue we have lost our way and need to return to Victorian era values of discipline, rote learning and individual pupil responsibility. Liberal commentators and Labour party sympathisers shout back that we should be progressing away from repetition and rules, towards a more creative learning environment which also caters for less intellectual children.

The result is an educational pendulum continually swinging between two farcical models, both of which fail to accept and incorporate a fundamental truism; that children are not homogenous and there is a huge variation in the way different individuals learn best. This is seldom mentioned because it is inconvenient for almost everyone in charge. Politicians favour a curriculum which takes little work, both in research and implementation. Those in industry support any curriculum which will produce obedient workers who require minimal investment and training. The resulting system conforms to the interests of both parties and in so doing neglects those of the children.

Few commentators question the extent to which education should mirror the needs of industry. There is no doubt that a modern society requires engineers, scientists and arguably even bankers. It follows that our education system should cater for these needs. What I question, however, is why all children must be subjected to a curriculum which in the great majority of cases utterly fails to encourage the pursuit of individual talent.

To give a controversial example, I am not convinced that every child should be forced to learn algebra. It is not that I am closed to the idea, rather I have yet to be provided with concrete examples that demonstrate why such knowledge is of extreme importance outside of the professions which use it. That is not to doubt its usefulness, but it is worth asking whether children who do not display an aptitude or interest in algebra, as I didn’t, would not profit more from focusing their energies elsewhere, as I believe I would have.

A common mistake is to put all of the elements which make up the core subjects (maths, English and science) into the same category of essentiality. Whilst I agree it is vital that all children learn to read, write and acquire basic numeracy skills, I do not accept that it is equally essential for them to be well versed in the works of Chaucer. What I propose is that children be encouraged early on to discover what they enjoy and are good at, and be given the tools to explore their interests further. It is, of course, possible to go too far in this direction, and it must be remembered that all children need some structure and guidance in order to learn. But the success of schools which facilitate learning without rigid curriculums and obsessive examination can provide us with a good source of inspiration.

The Montessori approach, devised in the early 1900s by Italian physician and educator Maria Montessori, is famous for allowing young children unusually high levels of freedom to choose and explore subjects they are interested in, whilst encouraging collaboration over competitively and pressure. In 2006, a US study published in the journal, Science, found that children attending Montessori schools outperformed their peers at traditional schools across a range of abilities including social skills, numeracy and literacy. Under Labour, the number of private Montessori schools in the UK was expanded, and a struggling primary in Manchester achieved impressive results after becoming the first state school to adopt the philosophy. But rather than transform every underachieving state school into a Montessori school, a more realistic approach would be to incorporate some of the radical methods that work into the national curriculum.

The challenge is to create a system that equips pupils with essential skills, but offers genuine variety and choice in its methods and materials. One that will still produce engineers, in which children who display an aptitude for algebra are encouraged to pursue their talent. But equally one in which children are not made to feel stupid for failing to solve simultaneous equations, and are instead rewarded for identifying and developing their aptitudes. Such a system might help reverse the pressures on education from industry, and conversely force the corporate world to adapt to the individual abilities of children.

The degree to which this is possible may be reasonably questioned, and it may even be deemed incompatible with a capitalist economy. But if we regard education as valuable in itself, and are properly concerned at the overwhelming number of children and adults whom education has failed, we must be willing think radically in the pursuit of alternatives. The more we avoid doing so, the more our schools will resemble what Noam Chomsky once aptly described as “a system of indoctrination of the young.”
Comment Education

Anonymous said…
To top things off for a small number of those who have a learning style which is not catered for by schools we have an assortment of pharmaceuticals to "encourage" their compliance and dilute their individuality.
10 April 2013 at 11:18