No leader who regards social justice and the eradication of poverty as incompatible with western imperialism can expect to escape the smears of his opponents, and to this rule Chavez was no exception. Often described as ‘divisive’, Chavez was nevertheless a staunch democrat who was venerated by poor Venezuelans, millions of whom were lifted out of poverty by his channelling of oil money into social programmes. Naturally, he was reviled by those who had previously benefited from decades of US intervention and market dominance across Latin America, and who saw his influence in the region as a threat to the natural order. 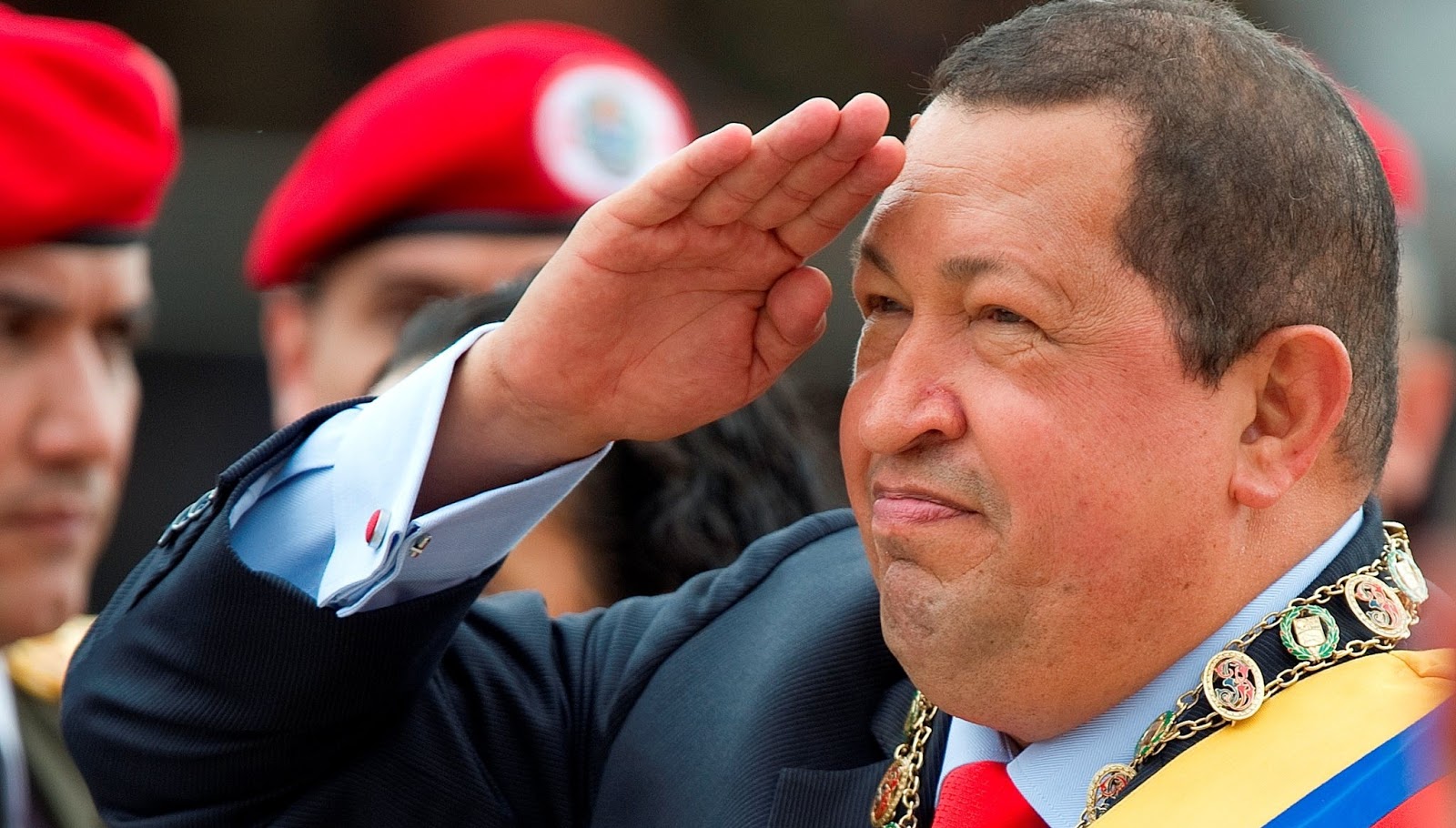 Inspired by Simon Bolivar, the military leader who led Venezuela and several other countries to independence from Spain in the 19th century, Chavez’s vision was of a united and economically independent Latin America. He first came to public attention as an army officer in 1992, when he launched an unsuccessful coup against then president Carlos Andrés Pérez. Using the occasion to lay out his socialist vision for Venezuela on national TV, he endeared himself to millions of exasperated Venezuelans, not least a fifth of the country living in extreme poverty.

Six years later, and after serving two years in prison for the failed coup, he was elected president of Venezuela with 56% of the popular vote. Following extensive consultation with the public one of his first moves was to draft and adopt a new constitution including free healthcare and education for all, but he soon began to make powerful enemies. Among his fiercest detractors was US President George W Bush, who had grave concerns over the degree to which Chavez was asserting control over Venezuela’s previously privatised oil reserves. In 2002 Bush decided to follow the old American tradition of covertly backing military coups to overthrow democratically elected Latin American governments.

It failed. It took less than 48 hours before Chavez, backed by overwhelming popular support and military loyalty, was reinstated as president. The message was clear: Nobody but the Venezuelan people would decide on their destiny, and the Bolivarian revolution would continue. Over the next 11 years Chavez stayed faithful to his mission. At home he created thousands of jobs, halved unemployment (from 14.5% in 1999 to 7.6% in 2009), vastly reduced extreme poverty and more than doubled GDP per capita. Abroad he forged strong alliances with other leaders, most notably forming ALBA, the Bolivarian Alliance for the Americas – a group of eight progressive Latin American nations striving for the region’s economic integration and sovereignty.


Not all the criticisms of Chavez can be dismissed as smears, yet even those which are legitimate are often devoid of any context. One of the most damning attacks on his time as president was that in 2007 he sought to censor a private TV station which had been critical of his policies.

However, much of the western media crucially omitted the allegations that RCTV were in serious breach of the nation’s licensing laws. Five years earlier the station had been involved in the military coup, funding opposition groups which briefly ousted the president. Furthermore, whilst Chavez campaigned for the channel's abolition, the final ruling was not his own, rather that of Venezuela’s Supreme Court of Justice and regulatory body CONATEL. The decision caused a media frenzy with large sections of the international press accusing Chavez of brazen censorship -criticisms which rarely alluded to the fact that no western government would permit a TV station to fund a military coup and get away with it. Last year UK broadcast regulators Ofcom perfectly illustrated the point by revoking Press TV’s broadcasting licence, though the Iranian channel was accused of the somewhat lesser crime of being headquartered in Tehran.

Chavez also formed alliances with world leaders who, unlike him, could be accurately described as despots. These included Iran’s Mahmoud Ahmadinejad, Syria’s Bashar al Assad and Libya’s Muammar Gaddafi to whom he stayed loyal right up to his death. Again those in the international press who demonise him on this basis rarely apply the same standards to their own leaders. Little is written about Uk Prime Minister David Cameron’s strong ties to Saudi Arabia, Uzbekistan, and Bahrain and never in the incendiary language used to describe Chavez.

Arguably his greatest failure was his inability to control Venezuelan crime, which soared under his administration. In 2011 the murder rate per 100,000 population was 45.1 compared with 25.0 just twelve years earlier. Even the most ardent Chavez supporters could find little to excuse these horrific statistics.﻿﻿

Yet as a leader he lost little sleep over how his actions would affect his international reputation or fuel his enemies. Never was this more apparent than in 2009 when he called for the immediate arrest of Maria Lourdes Afiuni, a 46 year old judge, on suspicion of corruption. Judge Afiuni had ordered the conditional release of a prominent businessman who had been imprisoned under pre-trial conditions for three years after allegedly evading currency controls. The judge argued that under Venezuelan law the maximum detainment time in these circumstances is two years. But in a show of reckless defiance Chávez provided his enemies with ample ammunition when he demanded that Afiuni be locked up for 30 years, adding that his idol, Simon Bolivar would have had her shot.

In Chavez’s absence, the future of Venezuela is uncertain. The degree to which the Bolivarian revolution was dependant on his charismatic oratory skills and political strength will become more apparent in the coming months and years. Depending on who wins the battles, history will either recall him as a tyrannical despot, or the democratically elected, charismatic leader who bravely stood up to US imperialism and proved popular socialism was possible without bloody revolution. He is survived by his four children – Hugo Rafael, María Gabriela, Rosa Virginia and Rosinés.
Comment International Affairs Social Justice