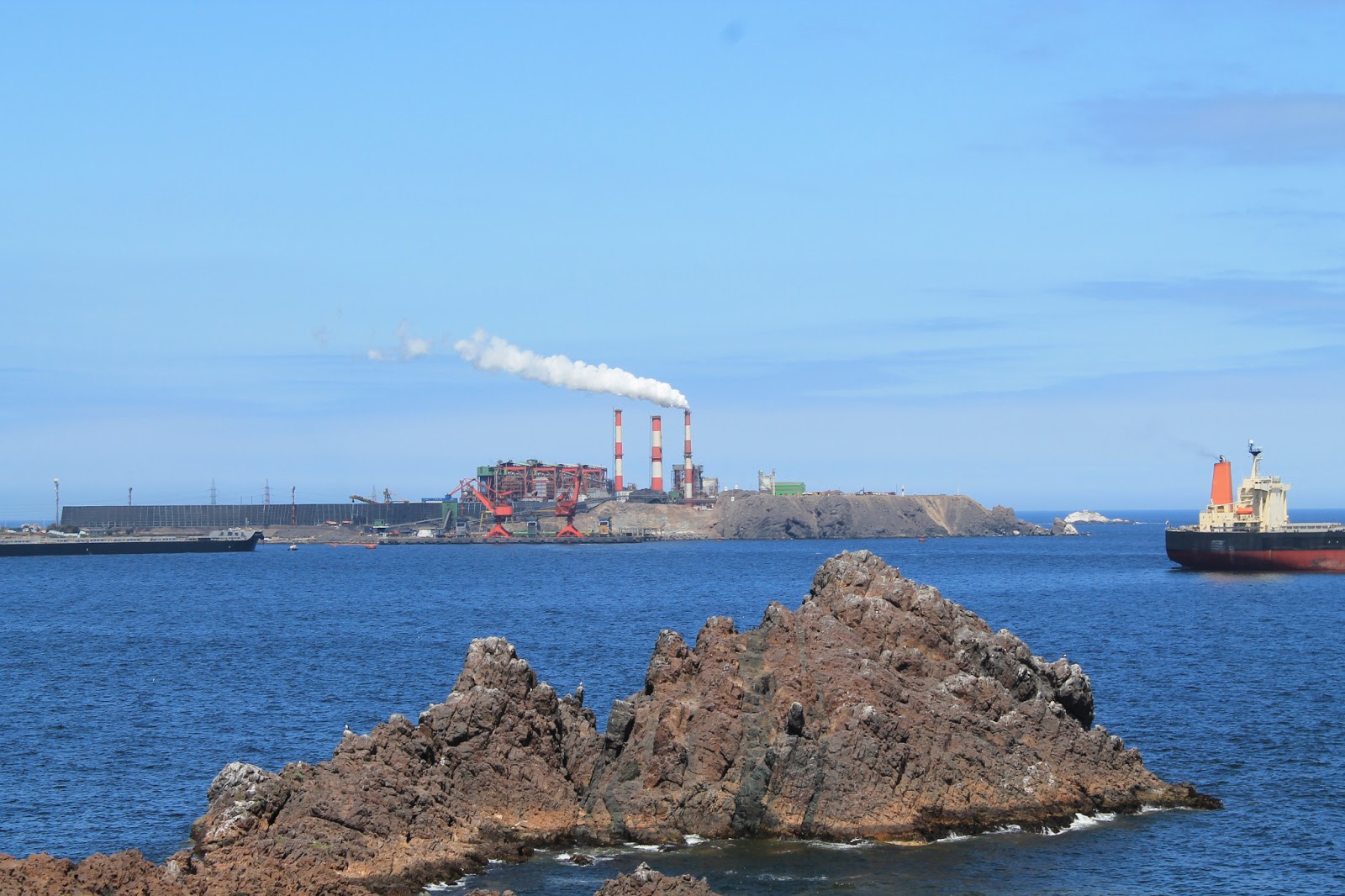 Looking out over its desolate shores, it is hard to believe the town of Huasco was until relatively recently a bustling fishing port, where dozens of colourful boats proudly lined the docks. Today would seem the perfect day for fishing. The sea is calm and the weather hot, yet there are no fishermen in sight, and a solitary industrial cargo ship dominates the otherwise empty waters.

The absence of fishermen here has a simple explanation; there are no longer any fish in the sea. On a mound a few hundred yards away a thick plume of white smoke rising from the chimney of an enormous thermoelectric power plant offers a clue as to what became of the town’s fishing industry. Just behind it, the entry gates to the vast dumping grounds of an iron refinery display the words “Look after the flora and fauna.” A casual inspection of the surrounding area suggests there is little nature left to protect.

The inhabitants of northern Chile’s Huasco province describe themselves as living in a “sacrificial zone.” Stretching across a fertile valley, the region was once renowned for its flowing river, providing a green oasis and agricultural hub at the extreme south of Chile’s Atacama Desert. But over the last two decades the valley has become littered with numerous industrial projects the malign environmental impact of which is impossible to quantify.

A gold mine in a nearby glacier has caused the river to dry up and olive crops to diminish. A giant pig slaughter house is poisoning the air of the nearby village of Freirina, forcing villagers to live with the constant foul stench. Yet many of the 8000 residents in Huasco town believe they face an even greater challenge than that of defending their natural habitat.

“Everybody here knows somebody close to them who has cancer,” Soledad Fuentealba tells me, “Seeing many of our friends and neighbours die young has driven us to take action.”

As a founding member of the campaigning group SOS Huasco and mother of two teenage daughters, Fuentealba is primarily concerned with the health effects of pollution from the town’s neighbouring Guacolda power plant, 50% of which is owned by US corporation AES. Since the first of its four units was constructed in 1995, Guacolda has been burning petroleum coke (petcoke) - a substance which is banned in much of the world because of the hazardous chemicals it releases into the air, and which was only legalised in Chile after the plant was caught using it illegally in 2001. 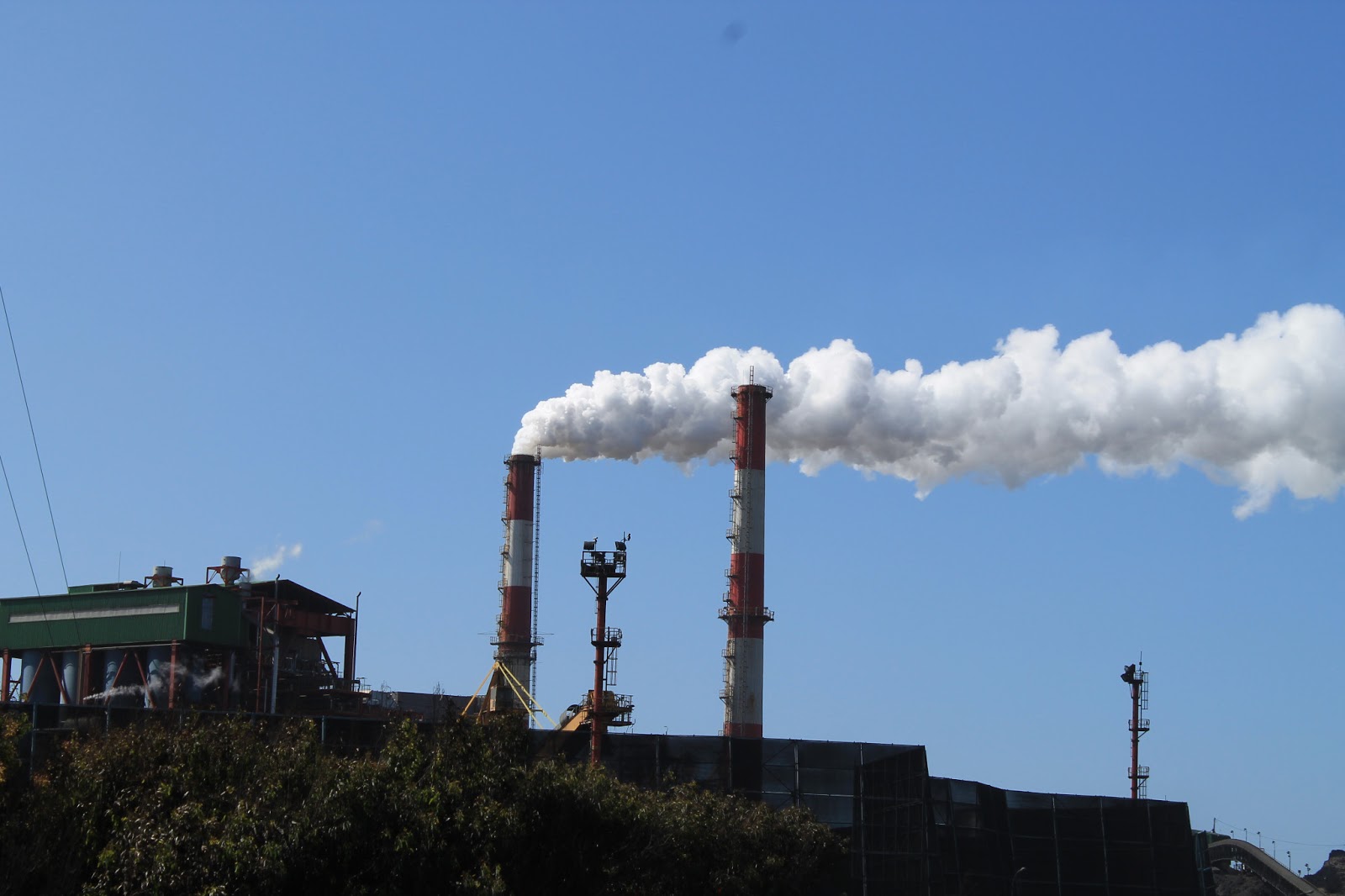 According to Fuentealba, the town’s health has been deteriorating ever since. Down the road, her neighbour Blanca Diaz Silva tells me she believes the pollution may be to blame for her 19 year old son’s cancer. Shortly after starting secondary school, Waldo, who also suffers from severe learning difficulties, was diagnosed with testicular cancer and has been receiving treatment in Santiago ever since. “Sometimes he asks me ‘mum, why me? What have I done to deserve this?’”, sobs Silva, “We have to find out who is responsible for this and hold them to account.”

Doctor Javier Castro, a GP at Huasco hospital, says stories like Silva’s are disturbingly common. “The hospital ward for terminally ill patients is unusually busy. Incidences of cancer are worryingly high as are respiratory problems,” he laments.

The evidence linking Huasco’s air pollution to health problems is not merely anecdotal. In 2005 the University of Chile conducted a study into the potential health effects of exposure to petcoke pollution. The study took urine samples from over 50 of Huasco’s schoolchildren (including one of Fuentealba’s two teenage daughters). It found, among other discrepancies, that they contained far higher levels of nickel, a known carcinogen, compared with samples from children who had not been exposed to petcoke pollution. The following year a second study from the same university revealed Huasco’s mortality rates for women between the ages of 20 and 44 were 3.5 times higher than the national average.

Yet successive governments have continued to approve projects which could further damage the region’s environment. In 2008, Spanish energy giant Endesa revealed plans to build a 750 Megawatt thermoelectric power plant, Punta Alcalde, just 13 km from Huasco town. Following a tortuous battle during which enraged activists engaged in talks with government ministers, Endesa’s permit was finally denied in July when the Commission for Environmental Evaluation of the Atacama Region ruled the plant did not comply with air pollution requirements. Then, last month, a ministerial committee overturned that decision after Endesa promised to install special filters designed to curb the release of toxic gases.

The news did not go down well in Huasco where hundreds of protesters picketed roads leading to the town and clashed with police who used tear gas and water cannons to disperse the dissenters. Similar scenes were observed in Freirina following a successful appeal by Chilean food manufacturer Agrosuper against a decision to shut down a pig farm which had not complied with health regulations.

Four days later I attended a meeting with around 40 of the region’s most committed activists in a small, derelict bungalow on the outskirts of Freirina. The mood at the gathering was intense as one by one activists from both of the affected towns stood up to speak of their solidarity with each other and unwavering commitment to protect their communities.

Afterwards I spoke to Andrea Cisternas, the chief spokeswoman of the Huasco Valley socio-environmental movement, who described the negative impact of the projects. “They talk about creating jobs which is true, but more than anything they are making our communities become dependent on them for work. This is a region in which large corporations have imposed their projects on us at the expense of our culture, health and daily lives.”

Meanwhile Endesa has refused to back down, insisting that the proposed plant will have no effect on Huasco’s environment, or the health of its people. But this position has been challenged by several environmental organisations including the world’s leading ocean conservation group, Oceana, who have opposed the government’s decision to approve Punta Alcalde, and launched an online campaign to draw attention to the region’s pre-existing environmental problems. A report on their website sums up the consequences of the pollution: “…these plants have been pumping warm water and pollutants into the oceans, destroying the local ecosystems and raising mercury levels in fish. On land, toxic clouds and heavy-metal contamination are sickening the local populations.”

Huasco’s residents know they face an uncertain future. Last week an appeal was launched against the government’s decision to approve Punta Alcalde. Whatever the outcome, the resilience of those leading the movement will be hard to stifle. In December Agrosuper was forced into announcing the closure of its pig farm following the uprising in Freirina, and many in Huasco believe there is simply too much at risk to give up their battle any time soon.

“Our fight has ceased to be an environmental campaign”, says Soledad Fuentealba, “now we are fighting for our lives.”
Current Affairs Environment Features International Affairs Investigations Social Justice Special Report