Showing posts from November, 2012
Show All 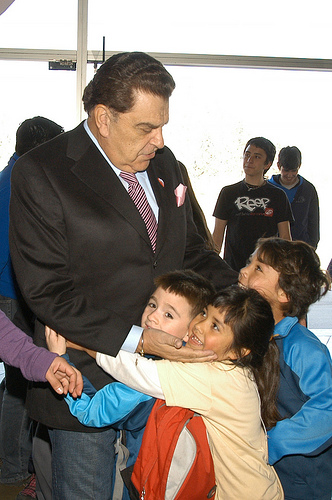 (Originally published by the Santiago Times)

Sitting in a TV studio, nine-year-old Catalina is so happy she can barely speak through her hysterical sobs. A video documenting her six month rehabilitative transformation from a wheelchair-bound little girl to a buoyant, able-bodied child has just been broadcast to millions of Chilean viewers.
“I just wanted the chance to have an operation,” she weeps, “I never imagined my rehabilitation would be so successful!”

Interviewing her live on stage, the flamboyant presenter turns to the camera and sends out a final message before the commercial break: “Let there be no doubt, we are the world champions of solidarity.”
Bar general election years, Chile has united around the common cause of raising money for disabled children annually since 1978. The phenomenon, known as  the “Teletón,” occurs in the form of a 27-hour fundraising show broadcast live on every major Chilean TV station, and sponsored by a number of major business partners…
Post a Comment
Read more 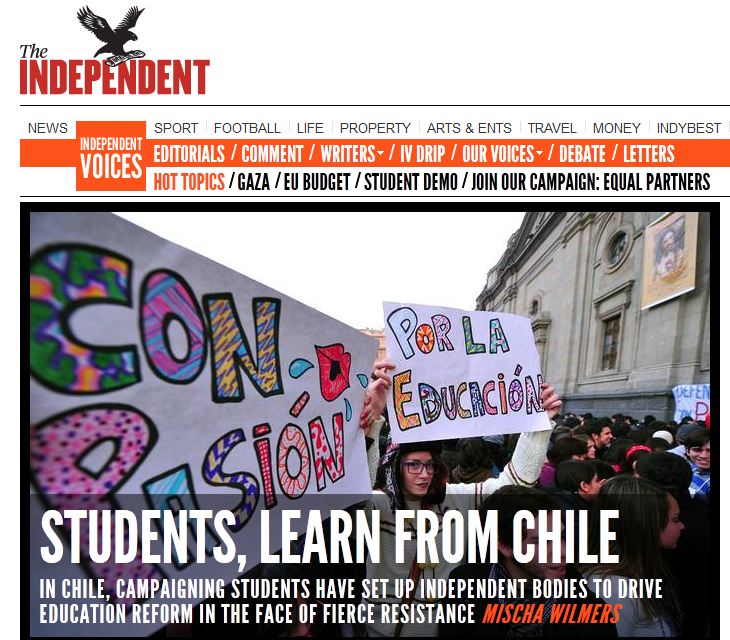 (Originally published by The Independent)


If Michael Gove thinks he has a difficult job, he should spare a thought for his Chilean counterpart Harald Beyer.
Whilst the Conservative minister’s education policies have been heavily criticised, his actions, like those of his predecessors, have never been subjected to the public scrutiny of those most profoundly affected by them: the schoolchildren.
Beyer’s predicament is rather different. Over the last few years, pupils at schools throughout Santiago have been revolting, occupying classrooms and refusing to leave until their demands for radical education reforms are met.
They are angry that the system has remained largely unchanged since Pinochet introduced reforms in 1981. A third of secondary schools operate as profit making businesses with the government subsidising some private institutions through a voucher system of financing. State schools, which make up less than half of all schools in Chile, are currently funded by local council…
Post a Comment
Read more
More posts