Susan May: Innocent as charged?

(Originally published in the Big Issue in the North) 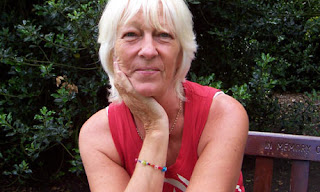 Susan May vividly recalls the spring morning she went to check on her elderly aunt. “I went into the cake shop and bought auntie something for her lunch. When I got to the house I went in through the back door as normal and walked towards the door leading to her bedroom. The door was slightly ajar so I pushed it open and…” She stops, her lips quivering and tears fill her eyes, for the scene that met her upon entering the downstairs bedroom nearly 20 years ago was so horrific, she can still find no adequate way to describe its impact.

Her aunt, Hilda Marchbank, had been savagely murdered. The bedroom, usually so pristine, was now a chaotic mess and the bloody body lay sprawled on the bed, semi-naked and battered. May remembers little of the immediate aftermath to the discovery. "I just remember looking down over her body", she says, "to this day I don't remember how I exited that house."

Weeks later May was charged and eventually convicted of her aunt’s murder. She was released after serving 12 years despite consistently protesting her innocence, and two decades on is in the process of applying for a third appeal based on dramatic new forensic evidence and witness testimony. Her supporters are confident she will be exonerated. May, now 67, is more apprehensive.

There is little out of the ordinary about May’s upbringing. Born in 1945 in Royton, her father was an electrical engineer and her mother a house wife. The younger of two daughters, May attended Chadderton Grammar school before leaving at 18 to work as a hairdresser. She married a lorry driver at 23 and had three children; the eldest, Adam, in 1970, and soon after twins, Katie and Toby. May established a hairdressing salon, and when her father died of Leukaemia, moved with her family back into the house of her birth where she remains today.

Marchbank, her mother’s elder sister whom May still refers to as “auntie”, always played an important role in her life. So much so that when May divorced her husband in 1985, she quit her job to care for her aunt, visiting her frequently at her nearby semi-detached house in Royton. “I’ve always been very close to auntie”, she says, as though referring to someone still very much a part of her life, “I used to go up to see her at least three times a day or she would come down to me for tea.” For a woman of 89 Marchbank was relatively active and did not require round the clock care. But for a poor short term memory her mind was sharp, and she would often spend long hours with May’s mother reminiscing about their childhood. 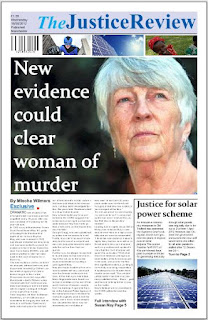 May speaks with a palpable fondness of those days, a time when her life was devoted almost exclusively to her family and nobody could predict the traumatic events that would soon follow. That all changed on the 11th March 1992, a day which May does not recall being extraordinary. In the afternoon Marchbank phoned twice asking May to remind her where she normally left her keys. “It got me perturbed, knowing auntie as well as I did that she wouldn’t want her keys unless someone was knocking on the door.” To put her mind at rest, May paid her a visit later that evening. “She was in her nightie sat on the bed. I asked her if somebody had been trying to knock on the door and she said they might have been.” May reassured her that everything was normal and as she left the house turned to see her on the porch waving goodbye. This image sticks with her, because, she tells me, it was the last time she ever saw her aunt alive.

That night Marchbank was beaten to death in a brutal attack which appeared to be a botched burglary. May’s close friend Geoff passes me a file containing police images of the crime scene. “That’s a bit horrific under there,” he cautions, pointing to a paper flap with a warning message concealing one of the more gruesome photographs. Having already glanced at several others I decide against opening it.
May struggles to recount the days following the murder with the same clarity and precision as those which preceded it, but remembers being offered the services of a female ‘bereavement officer’ to help her, or so she believed, cope with her ordeal. Then, two weeks later, the police suddenly returned to her house in a more hostile fashion. “If I think back now there weren’t just two or three of them, there were loads of police stood on my front door, and a helicopter above”, she shakes her head indignantly. To her disbelief, she was arrested on suspicion of murder. “All I remember is running up the stairs for my son Toby, and the police woman running after me and grabbing me.” May was charged two weeks later.

During her trial the prosecution argued that May’s fingerprints, found in bloodstains on the wall of her aunt’s bedroom, proved she had carried out the murder. They claimed her motive, later dismissed by the judge in his summing up, was financial. Numerous expert witnesses were called to testify against May, and the prosecution put forward what was on the surface a compelling case. Conversely, May’s Barrister used only one witness, May’s daughter Katie. This was despite dozens of May's friends and neighbours offering to testify to her good character and love of her aunt. Nevertheless, right up until the verdict was announced May remained convinced she would be acquitted, and when the jury returned after just two hours deliberation her lawyer assured her it must be a positive sign. In fact the opposite was true and a unanimous guilty verdict was returned. “I remember banging on the bullet proof glass and just shouting ‘you’re wrong! You’re wrong!’, and I turned to my family and just said ‘help me!’”

The judge immediately imposed a mandatory life sentence setting a minimum tariff of 12 years, and she was driven to HMP Risley for her first experience of prison. Once incarcerated May soon discovered the nature of the crime she was convicted of made her a target with other inmates. “I’d only been there a couple of days when I got really badly attacked, twice in the shower. Auntie was elderly and I didn’t realise that I was classed as a ‘nonce.’” After the attacks she describes “keeping myself to myself”, and gradually began to earn the respect of other prisoners many of whom doubted that such a seemingly gentle woman was capable of beating her aunt to death. For over a decade May refused to take any prison rehabilitation courses and was told that consequently she would never be freed. Yet astonishingly, in 2005 she became the first lifer to be released after serving her minimum tariff without ever admitting guilt.

Seven years later the fight to clear her name continues, but recent developments suggest it may not be in vain after all. May hands me a voluminous file containing the evidence which she has just been invited to present to the Criminal Cases Review Commission. Her manner quickly changes from forlorn to animated as she enthusiastically points out the many flaws in the prosecution’s case which were not raised at her original trial.

First there are the fingerprints. Of three blood marks discovered on Marchbank’s bedroom wall one was found to contain May’s fingerprint. However, initial tests concluded the stain could have been animal blood, and given that May often prepared food for her aunt in the bedroom – also a dining room - this seems at least a conceivable explanation. Subsequent tests have indicated the stain may not be blood at all throwing the entire forensic case against May into doubt.

Perhaps even more damning to the prosecution’s case however, is the fresh testimony of a man questioned by police before May was arrested. The police had received several tip offs from witnesses who described seeing a red Ford Fiesta with its engine running outside Marchbank’s house at midnight on the night of the murder. They tracked down and interviewed several people in the area with access to red Fiestas including three friends - Craig Turner, Robin Walker and George Cragg. Cragg now claims he was immediately told by police he wasn't being treated as a suspect and that the sole purpose of the interview was to eliminate the car from their enquiries. He alleges that when he told Oldham police he had been travelling in a white car that night he was asked whether he would be willing to lie and state he had been travelling in a red Fiesta instead. According to Cragg when he asked the police why they would want him to lie, they replied that they already knew who the perpetrator was and had no intention of letting her get away.

Furthermore, it has been revealed that police received an anonymous tip off two days after the murder implicating two men in Marchbank’s killing. One of the men named was Michael Rawlinson, a man with convictions for burgling elderly people’s homes, and who had access to a red Fiesta. Forensic samples were taken from his sister’s car but were never sent for laboratory testing. May’s lawyers were never told that the car had been traced and consequently the jury never heard of Rawlinson’s existence. Rawlinson was himself murdered six years later in a drug related dispute.
Des Thomas, former deputy head of Hampshire CID wrote a report last year of the police investigation into Marchbank’s death. He said:

"The evidence may point to a pattern of behaviour which raises a reasonable suspicion that the investigation was prejudicial, if not overtly corrupt. My own review, based on disclosed documents, revealed a number of apparent anomalies in the case...These anomalies may point to an investigation, the principal purpose of which was to prove, by the selective use and non-disclosure of evidence, the hypothesis that Susan May was guilty of murdering her aunt."

A spokesman for Greater Manchester Police said:  "The criminal justice system has been successively satisfied of her – May's – guilt and there is nothing further to say on the matter."

And yet despite the mounting evidence in her favour May has reason to be apprehensive. The CCRC have already referred her case to the court of appeal once, in 2001, and at the time their report was widely considered one of the strongest ever compiled. Nevertheless, a panel of three judges rejected her appeal on the grounds that they saw no reason to doubt the forensic evidence presented by a police officer and scientific expert at her original trial.

Will this time be any different?

She pauses. It's the first time in the interview that May appears slightly uncomfortable with my question. "I should believe I'll be exonerated", she finally offers, "because I know I'm innocent and I know the evidence is there, but after everything I've been through, sadly I'm not overly confident."
Curr Current Affairs Features Investigations Prison and Crime Social Justice Special Report