Gloating about London's riches is not my idea of celebration 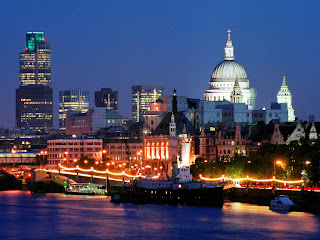 (Originally published in The Guardian)

Last year an advert appeared on the London Underground promoting DirectSki.com – the winter holiday company. The poster included a quote from the company founder Anthony Collins, which read: "I have a dream of making skiing affordable to all … even Geordies."


To most commuters this message merely represented a failed attempt at humour. However, to others – particularly those from the north of England – it symbolised a growing trend among some Londoners to consider the disparity in wealth between London and the rest of the country a suitable subject for comedy. Predictably there was a backlash and the advert was subsequently removed. Case closed, or at least that is what one might have hoped.

Yet this month we were exposed to a further example of London pomposity, again in the form of advertising on the tube, only this time with a rather more sinister tone. Instead of snickering at the fact of London's superior wealth, a new campaign is openly proclaiming it to be cause for celebration.

The CBS Outdoor promotion invites Londoners to send in their reasons for adoring the city, with the opportunity to see them published on the posters – an idea that at first approximation seems completely benign. That is, until one reads the bullet points beneath the slogan, where examples are offered of the capital's perceived brilliance.

I was initially disappointed to read a series of snobbishly direct comparisons between London and other parts of the country including: "Londoners are 37% more likely to be opinion leaders than the UK average." I then visited the CBS Outdoor website where I found a complete list of "universal truths that bind the valuable London population together …". Chief among these are: "A London worker's average annual income is 53% higher (£40,676) than the GB annual average (£26,629)", as well as "73% of London's working population (15+) are ABC1 (compared with 59% of England and Wales)".

There are pertinent issues in severe need of addressing, which the above statistics highlight. A newly released study by the British Medical Foundation found that between 1965 and 2008 the proportion of deaths below the age of 75 was a fifth higher in the north of England than in the south. It seems almost embarrassingly banal to have to mention that these sorts of figures should not make us rejoice but rather press our politicians into addressing them.

Nevertheless this appears to have been lost on several prominent London celebrities who have seen fit to openly endorse the advert. Last week Stephen Fry posted a message on Twitter encouraging Londoners to engage with the campaign – "Now you can have your brilliance memorialised on a Tube poster."

Clearly there is nothing wrong with celebrating the majesty of London. A problem arises when, in order to do so, advertisers feel they must gloat and compare the capital's riches with that of its poorer siblings. The fact this case is not novel suggests that it forms part of a worrying and deep-rooted mindset among certain elite factions of London's population which harbour a profound contempt for the rest of Britain.
Comment Social Justice