Trial by media: how bad press can influence a jury 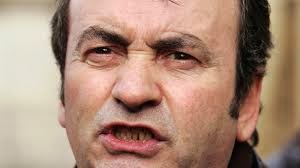 George Orwell once wrote of the English appetite for the perfect murder, “It is Sunday afternoon… Your pipe is drawing sweetly, the sofa cushions are soft underneath you, the fire is well alight, the air is warm and stagnant. In these blissful circumstances, what is it that you want to read about? Naturally, about a murder.”

This appetite has never been better exemplified than when Chris Jeffries, a Bristol landlord, was detained over the murder of Joanna Yeates in 2010. The media circus surrounding his arrest, and the sordid allegations published about his character, led to two tabloid newspapers being fined for contempt of court. Fortunately, Jeffries was released without charge and won substantial damages for defamation. Yet his case raised uncomfortable questions about the media’s conduct: Why does crime reporting tend to be so sensational? Could negative pre-trial publicity have the potential to influence a jury’s verdict?

Gerry Conlon knows first-hand what it is like to be wrongfully convicted of a serious crime. Along with three others, he was sentenced to life in 1975 for the IRA Guildford pub bombings which killed five people. They became known as the Guildford four, spending 15 years in jail before their convictions were overturned after one of the gravest miscarriages of justice in British criminal history.

Conlon has campaigned on behalf of other miscarriage of justice victims ever since. He remains an angry man, acutely conscious that he represents a figure of hope for those suffering a similar ordeal, and is unequivocal about the media’s role in securing his conviction. “We were convicted because of the press,” he protests, his voice filled with rage.

The case against The Guildford four centred largely on their initial confessions, which they subsequently retracted. Though it would later surface that the four had been victims of police brutality, the media were unaware of this at the time of their arrest, and the prospect of a trial involving alleged IRA terrorists at the Old Bailey created all the necessary conditions for tabloid hysteria.

From jail, Conlon had limited access to newspapers, but he was later able to scrutinise the coverage of his case as his mother kept all the relevant clippings. He cites examples of tabloid headlines which he claims consistently insinuated his guilt before the trial had begun: “I remember the first day of my trial. The headlines in the paper read: ‘Massive security for IRA bombers.’”

The press failed to relent once court proceedings were underway. The Sun and the Daily Express both ran headlines which read “Auntie Annie’s Bomb Factory” – a reference to allegations made over the course of the Guildford four trial that Conlon’s aunt, Annie Maguire, had helped to manufacture IRA explosives. Maguire, who was awaiting a separate trial when these reports were published, was later wrongly convicted for her part in the bombings.

In 2005 Tony Blair formally apologised to the Guildford four, but Conlon waits in vain for any expression of remorse from the tabloid press. He is unconvinced that any significant lessons were learned from Guildford, and draws parallels between his case and more modern ones. “Just look at how they treated Chris Jeffries,” he fumes, “All the stuff about how he was a weirdo and an oddball…almost setting the scenario to convict him.”

Asked what he thinks causes the tabloids to behave in this way, he blames their close relationship with a police force invariably intent on convincing the public of a suspect’s guilt. “The police use the media as an outlet to establish guilt before innocence has been taken into account,” he asserts acidly.

One journalist who agrees that crime reporters can be influenced by the police is Duncan Campbell. Campbell is a veteran crime reporter who worked for the Guardian for over 20 years, covering some of the most notorious trials in modern history. He claims the ethical duties of a crime reporter are simple - “to give an accurate impression of court proceedings and not to bring any foreknowledge you have into your coverage of it.” Nevertheless, he accepts the various pressures facing journalists can complicate matters.

Campbell explains that before an important trial the media are routinely invited by the police to a press briefing. These sessions serve as an opportunity for the police to relay their version of a particular crime, including potentially damning details about the accused person’s criminal history. Campbell admits it can be difficult for journalists who are exposed to such information to keep an open mind about a suspect. He concedes that “Inevitably some journalists will take into the trial with them the knowledge that this person charged with robbery or rape has committed eight or ten similar crimes beforehand, and that can affect you.”

Not all journalists share Campbell’s experiences with the police. One provincial journalist gives a rather different account, describing how the police she has dealt with have been consistently unwilling to provide anything other than basic facts surrounding a case.  Nevertheless, if left unsatisfied by the briefing, she says it is common for journalists to do their own groundwork, knocking on doors and interviewing local residents in the hope that something newsworthy will surface.

When it does it can pay to be cautious. Occasionally newspapers are heavily fined for contempt of court after publishing reports containing information which could prejudice a fair trial. However, the law’s interpretation has often been inconsistent, and there is a widely held perception that public prosecutors have become increasingly lenient over the years.

Campbell recalls covering the trial of Rosemary West, who was sentenced to life in 1995 for murdering ten young women together with her husband Fred West. Though compelling, the evidence against her was largely circumstantial, and the rarity of a trial involving an alleged female serial killer created a media frenzy. “A lot of details had come out about the case,” he remembers, “Fred West had hanged himself before the trial and there were a lot of things revealed about what he had done and by implication Rosemary West had done.” West’s lawyers appealed her conviction on the grounds that pre-trial publicity had made a fair trial impossible. The appeal was dismissed and no action was taken against any newspapers.

The uninhibited coverage of the West murders followed a trend in crime reporting which arguably started with the Guildford four in the 70s, and was subsequently aided by the introduction of the Contempt of Court Act 1981. Previously - with a few notable exceptions - the media had observed tighter legal restrictions on what could be reported before the conclusion of a trial. Conversely, the intention of the new Act was to relax these restraints and, in the words of Lord Justice Lloyd, “effect a permanent shift…away from the protection of the administration of justice and in favour of freedom of speech.”

Newspapers were granted a further boost in 1994 when Lord Taylor, then Lord Chief Justice, declared his stance on the risks of prejudicial media publicity: “providing the judge effectively warns the jury to act only on evidence given in court there is no reason to suppose they would do otherwise." This remains a controversial and poorly studied area: In the UK, no research has ever been conducted into the possible effects of pre-trial publicity on a jury.

Like many journalists, Campbell favours a self-regulated press over the prospect of tighter legislation. In his view the problem is not a legal one, but rather stems from a lack of adequate training: “I don’t think journalists need to be restrained more but I think they need to be taught more about contempt of court.” This is an area he feels sure has worsened considerably in recent years. “You used to spend two and a half years on a local paper, you started out covering the magistrates’ court,” he recollects nostalgically, “Now a lot of journalists have no particular training in court reporting or in the law of contempt.”

Mark George QC, a noted criminal defence barrister, agrees that journalists lack sufficient training, but contests Campbell’s view that the law needn’t change. “Clearly self-regulation has failed to work.” he argues, “Unless the government introduce legislation which is likely to result in editors going to prison…or papers being fined millions, I don’t feel confident anything much will change.”

George also highlights the problem of ‘pre-Charge publicity’ - an increasing tendency for the press to begin defaming a suspect before charges have been brought. He points to the recent case of Rebecca Leighton, the nurse arrested on suspicion of poisoning patients at Stepping Hill hospital, adding, “The press seem to think that they can say what they like until a person is charged…by which time the damage has already been done.” In George’s view a large portion of blame belongs to newspaper editors whom he accuses of prioritising revenue over respect for the law. “Newspapers currently take a calculated gamble that the extra revenue from sensational reporting will far outweigh any fines they get from the Attorney General”, he says.

It remains to be seen whether the law will be amended. What is certain is that the ethics of pre-trial publicity has never before been so passionately and publically debated. In November the on-going Leveson inquiry heard from Chris Jeffries who declared: “The UK press set about what can only be described as a witch-hunt...and seemed determined to persuade the public of my guilt.” By now almost everyone is familiar with the narrative of Jeffries’ case and most share his cynical view of the media’s behaviour towards him.

Furthermore, Dominic Grieve, the current Attorney General, has been far more proactive than his predecessors. Grieve launched three prosecutions against newspapers in 2011 alone, compared to a total of three by previous Attorney Generals in the preceding 10 years. During the Chris Jeffries saga he prosecuted the Sun and the Daily Mirror which resulted in fines of £18,000 and £50,000 respectively. This was especially surprising as it is very unusual for a newspaper to be charged with contempt for a case which never went to trial.

In the light of these developments, editors and crime reporters might be well advised to behave cautiously in the near future. Of particular interest will be the coverage of the on-going investigation into Oxford professor Steven Rawling’s death. Following the discovery of Rawling’s body at another man’s house, the Daily Mail’s headline initially read: ‘Oxford university professor found dead at rival lecturer’s home ‘following row over academic matters.’’ The alleged ‘rival’ was arrested a day later, but following comments made by Rawling’s wife it transpired the two had been best friends for over 30 years, and had written several books together. The online version of the Mail’s article was soon amended to omit any mention of rivalry.

Stories about murder clearly capture the public’s imagination, but it is arguable that accusations of the nature aimed at Jeffries should only ever be heard in a criminal court, where a defendant has the opportunity to rebut them. One journalist for a national paper described the consensus thus: “Highly defamatory allegations should not be spread merely to salivate the senses of a media audience, even on an Orwellian Sunday afternoon.”
Special Report

Unknown said…
Well, thanks for sharing it, As far as law is concern, if you have all witness or evidence ready it is beneficial to the fight a case. Schedule a deposition and submitting the evidences makes the case more powerful. Media play important role in law and service to rise unsolved mysteries.
6 December 2014 at 01:29